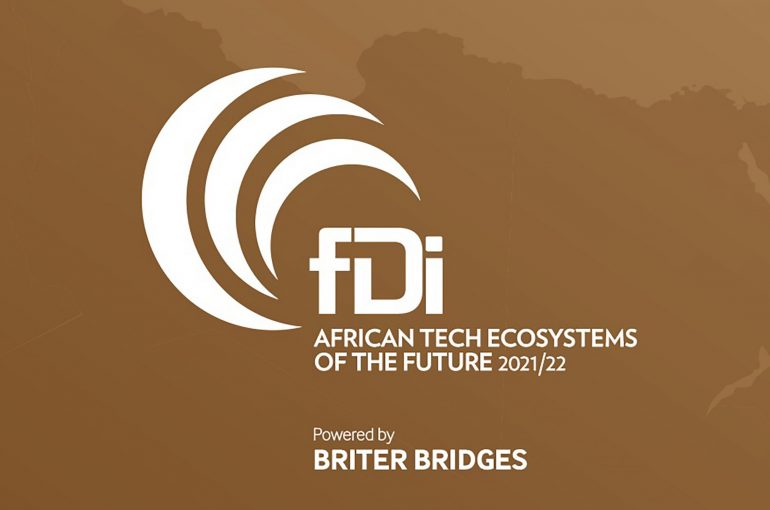 Africa has long been cited as the final frontier for global growth and investment, yet reality has often failed to live up to these expectations. Left scarred by colonialism and the resulting volatility and conflict, the continent has historically struggled to turn its huge endowment of human capital and natural resources into stable development. Nonetheless, the continent has shown pockets of tremendous potential, which have proven to be fertile ground for entrepreneurs and start-ups to grow and blossom.

For its inaugural African Tech Ecosystems of the Future rankings, fDi has teamed up with research company Briter Bridges to map the continent’s nascent tech ecosystems and explore their potential moving forward. The results provide a first look at the lively tech realities developing around Africa’s biggest cities, where talent is finally able to find growing pools of capital to evolve their ideas into successful business ventures.

Tech start-ups have long been viewed as the preserve of only the richest countries. Indeed, data show that the likes of Silicon Valley, Boston and New York in the US, London and Berlin in Europe and Hong Kong in Asia remain in a league of their own when it comes to catalysing venture capital (VC) investment. However, new waves of tech entrepreneurship are mounting way beyond those powerhouses. While VC investment in Africa still represents a drop in the global investment ocean, the continent, which is the youngest and fastest-urbanising region in the world, is one of the most entrepreneurial regions on the planet. The African Development Bank reported that 22% of Africa’s working-age population are starting businesses — the highest rate of entrepreneurship in the world.

This entrepreneurial spirit is propelling a wave of tech start-ups across the continent, with South Africa and Kenya leading in first and second place respectively in fDi’s African Tech Ecosystems of the Future ranking. The ranking utilised data from fDi Markets and Briter Bridges, in addition to other sources, to highlight the most promising countries for tech start-ups across Africa.

South Africa stormed to the top of  the inaugural fDi Africa Tech  Ecosystems of the Future ranking,  achieving not only first place overall,  but first place for Economic Potential, Start-Up Status and Business Friendliness. Home to Naspers, one of the world’s largest investors in tech companies, South Africa recorded the second-highest number of start-ups behind Nigeria, according to Briter Bridges figures, in addition to receiving the largest number of foreign direct investment (FDI) projects in the software and IT services sector, according to data from fDi Markets.

South Africa is home to one of most developed VC networks and the oldest start-up incubator on the continent, the Cape Innovation and Technology Initiative. The incubator is credited with supporting more than 3000 entrepreneurs in its two-decade history. With ready access to VC funds, government grants, incubators and tech talent, South Africa is a vision of what other tech ecosystems could become.

Following behind South Africa,  Kenya took second place, both overall  and in economic potential. The  country has the highest number of coding schools on  the continent, according to Briter Bridges, a sure sign of the level of invest ment and interest in the country’s  tech ecosystem.

Kenya is also home to arguably the most famous fintech to emerge from the continent, mobile banking sensation M-Pesa. The creation of M-Pesa in 2007 revolutionised banking across Africa and brought financial inclusion to millions by providing access to banking services through legacy mobile phones. The platform’s success launched Kenya’s tech ecosystem into the spotlight, with incubators, hubs and VC subsequently flowing to the country.

Over the years, Kenya has seen significant growth in the fintech start-up sector, with financial inclusion soaring in recent decades. In 2019, Kenya launched a Digital Blueprint, which targets more than 600 million people in 24 countries across Africa. The blueprint lays out a framework to transform the region into a sustainable digital ecosystem.

Despite South Africa and Kenya’s tech prowess, Nigeria topped all locations for number of start-ups, with many of them operating within the fintech sector, taking advantage of the under-provision of banking services in the country. Although Lagos is renowned for its start-up ecosystem, there is a significant disconnect between the city’s tech ecosystem, its surroundings and the wider country, which suffers from chronically poor infrastructure and education, and recurring political instability and security issues. This challenging environment prevents Nigeria from excelling in any specific category of the fDi Tech Ecosystems of the Future ranking.

Download a PDF of these rankings here: African Tech Ecosystems of the Future 2021 990.11 kB

Outsourcing on the rise

Many countries in Africa benefit from a winning combination of a young, tech-savvy population and the high-cost effectiveness of investing in Africa, and the continent is emerging as the next top destination for the outsourcing of businesses functions.

Tunisia ranked top for Cost Effectiveness in fDi’s Tech Ecosystems of the Future 2021/2022, and third for Human Capital and Lifestyle. The Cost Effectiveness category uses metrics such as average salary for skilled workers and office rents to showcase the continent’s most cost-effective countries; the Human Capital and Lifestyle category evaluates the level of country-wide tech talent — something that is crucial for any tech ecosystem.

Zambia had the lowest average salary for skilled workers while still making the top 10 locations for Human Capital and Lifestyle. Impact Enterprises, based in Zambia, is a business process outsourcing company seeking to capitalise on the promising business climate by bringing outsourced digital jobs to the nation’s graduates. The company seeks to pioneer socially conscious outsourcing in Africa, offering clients an average of 50% cost savings.

This combination of talent and cost savings is attracting big names to the continent. In 2019, Microsoft announced plans to spend more than $100m over five years on its first development centres in Africa, in Nairobi and Lagos. Engineers will be recruited for the centres to work on technologies such as AI and machine learning. Kenya topped the Human Capital and Lifestyle category, thanks to its high number of coding schools and a significant number of universities.

Where educational institutions such as universities can be slow to match the skills needed by the private sector, more agile institutions such as coding hubs provide a fast and dynamic way to quickly upskill the local population. Ghana also performed well in Human Capital and Lifestyle, achieving second place and showcasing the country’s commitment to technology education. In 2007, the Ghana Education Service formally introduced ICT as a compulsory subject at primary school and the number of universities in the country has seen a drastic increase, from below 10 in 1990 to more than 60 in 2021. This bodes well for Ghana’s tech ecosystem, with Google opening its first African AI research centre in the capital, Accra.

Ease of doing business in Africa has been improving in recent years, with some countries showing more progress than others. Morocco, for example, has set in motion has set in motion ambitious  reform agendas, which gained the  country second place in the Business  Friendliness category of fDi’s African  Tech Ecosystems of the Future rank ing, just behind South Africa.

Morocco’s favourable environment has proven popular with investors, as the country counted the highest number of jobs created by inward FDI between 2015 and 2020. Tunisia also stood out in the business friendliness category, and has been active in policy innovation within this area. The country has pioneered start-up regulations with the introduction of a Start-Up Act in 2018. Similar acts are now being implemented across Africa.

There has been significant regulatory reform across the continent in relation to business friendliness, with Rwanda showing particular improvement. In the 17 years of the World Bank’s Doing Business reports, Rwanda is among the world’s top reformers. Its success is particularly impressive in the context of the country’s civil war, which ended in 1994 and had a devastating impact on the local population and economy. Over the past 20 years, the Rwandan government has collaborated with the business environment and it is now possible to set up a business in less than one day online.

In order to improve business friendliness, the Kenyan industrialisation ministry partnered with IBM in 2018. By approaching the issue from a data-centric perspective and applying design-thinking methodologies, the team was able to identify key delays and reduce unnecessary interactions.

Access to internet and mobile phones is rapidly improving across the continent, but there is undoubtedly much room for improvement. Morocco scored top for Connectivity, a category that reveals the countries with the best technological infrastructure from download speed to network readiness. In 2019, the Moroccan government signed a $1bn deal with Marco Telecom as part of its plan to proactively invest in the country’s digital infrastructure. The rise in fibre-optic cable usage across Africa is promising, and in 2020 Facebook announced plans to build a 37,000-kilometre-long undersea cable around Africa to provide the region with better internet access.

It must be acknowledged that juxtaposed with tech excellence, Africa’s tech start-up landscape pales in comparison. In 2020, Pitchbook reported that $156.2bn of VC was raised in the US alone; in the same period, African start-ups raised more than $2bn in overall funding in the past two years, according to Briter Bridges figures. The gap remains massive, but does not capture the progress of the past few years. Disrupt Africa reported that in 2015 just 125 African start-ups secured investment. In 2020, this number had increased to 397. Not only are the numbers of funded start-ups increasing, but the total funding raised by the start-ups has increased each year from 2017. The sector has proven resilient to the pandemic. Now it has to propel Africa to new heights.